Buhuhira Phase 4 with the Aall Foundation

Buhuhira Phase 4 with the Aall Foundation 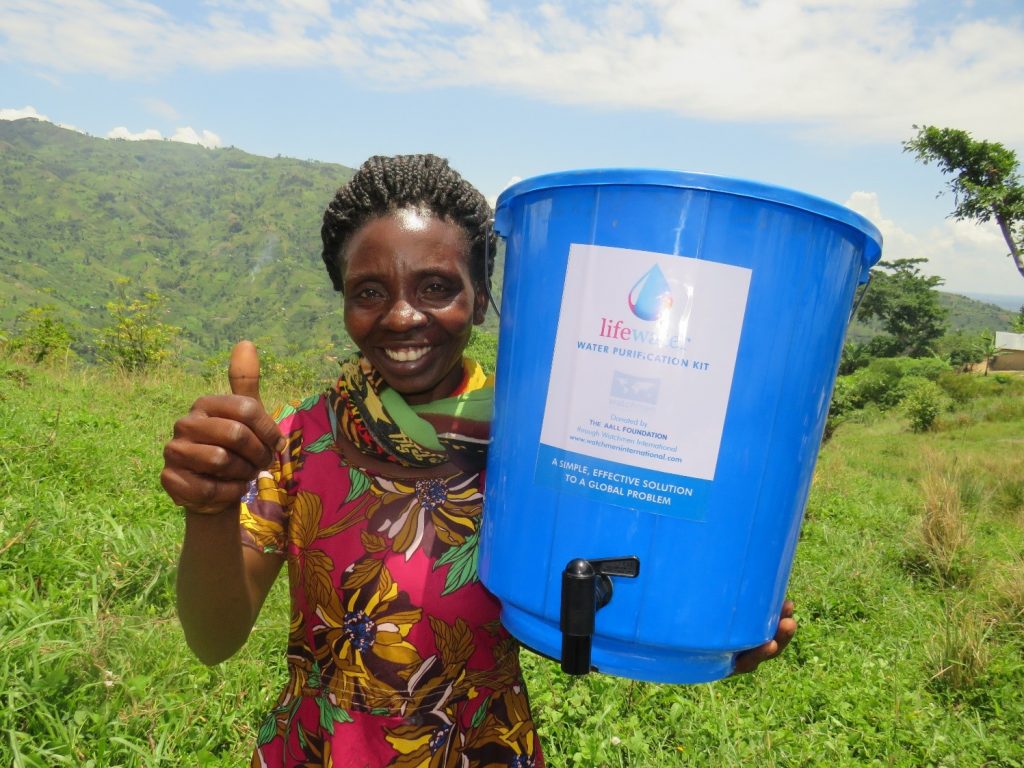 Safe water, sanitation and hygiene (collectively known as WASH) are crucial for human health and well-being. Yet millions of people globally lack adequate WASH services and consequently suffer from or are exposed to a multitude of preventable and curable illnesses. Lack of safe WASH negatively impacts the quality of life and undermines fundamental human rights.

Buhuhira Village in Kasese district is one of the sub-counties in the Rwenzori mountain ranges with swamp-like water sources in the valleys. This water is not clean and safe for human consumption hence Lifewater donated ceramic water filters to a number of households so as to increase access to clean and safe drinking water. These filters help to reduce the spread of water-borne diseases. 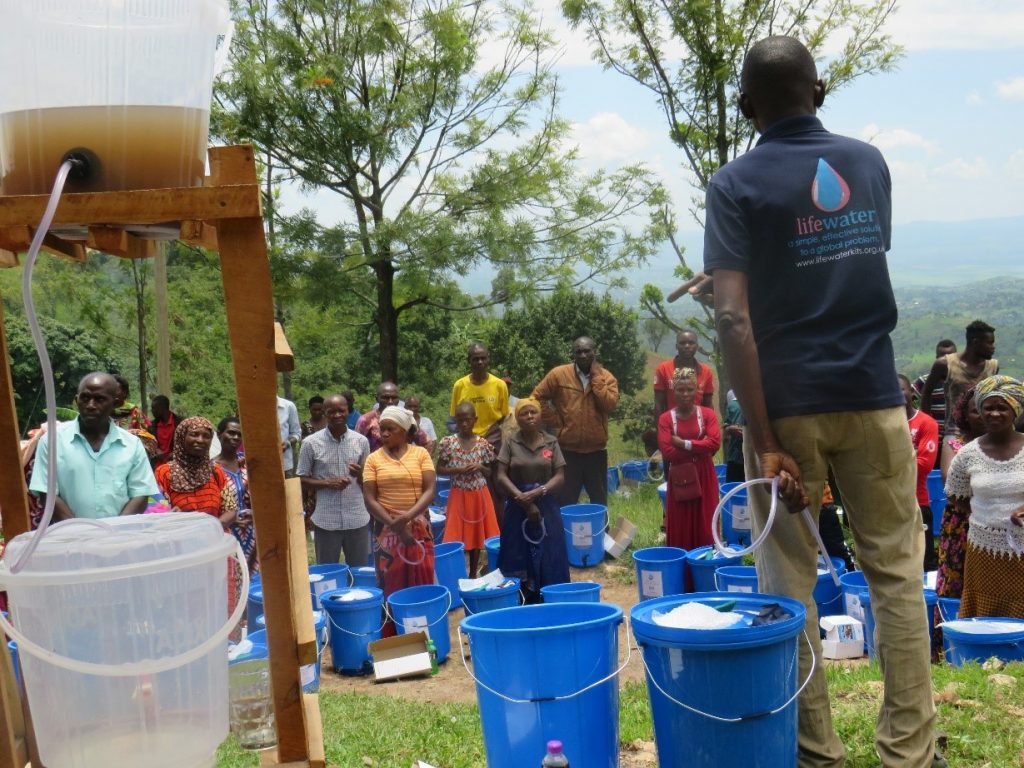 Before the distribution the Africa Youth Award (AYA) team, together with Pastor Andrew Baluku, visited the recipient village and sensitized the community about the importance of the Lifewater systems. However, because this was the fourth distribution in Buhuhira, most of the beneficiaries had been waiting since the last distribution in order to receive a system. This made the AYA members’ work easy as by the time of the distribution date, most of the recipients had already made stands for their systems. They also worked with the area Chairperson to identify the homesteads of the selected 125 beneficiaries for this phase. They registered 124 homes and 1 local school.

For this distribution our target was to distribute to 125 homes. However, we distributed to 124 homesteads and 1 school as mentioned above due to the need for clean drinking water at the school. This school received a single filter system but we hope to provide them with a double filter as soon as possible to cater for the number of pupils in the school. 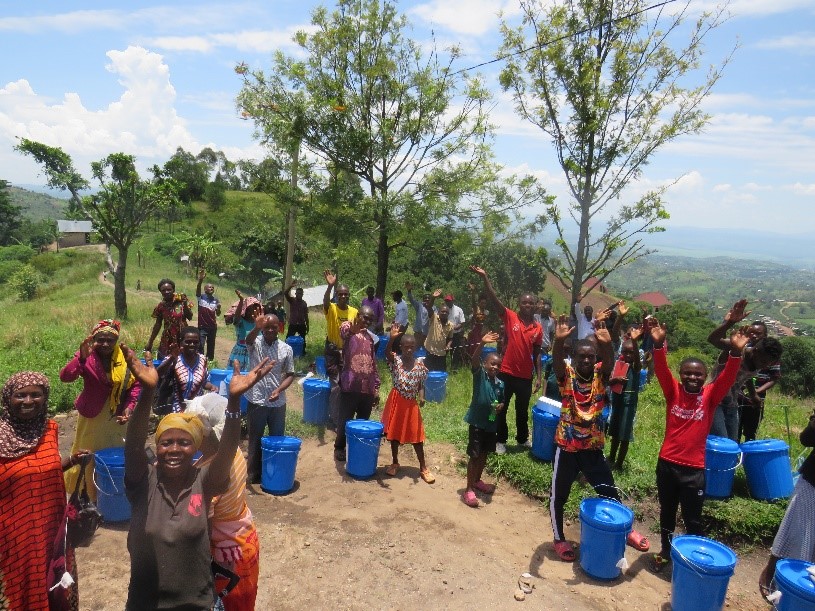 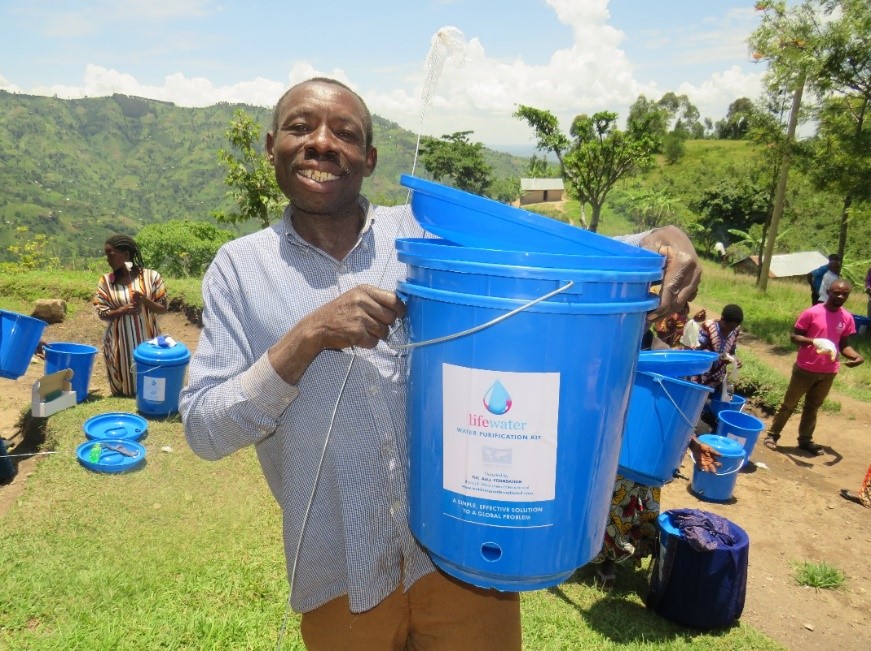 The workshops commenced with a welcome and introduction remarks from Pastor Andrew Baluku who then invited Stephen who carried out the training in the Lukonzo language, native to the Rwenzori region, in order to avoid any communication issues.  Lifewater core team members also emphasized the need for proper sanitation and hygiene while using the Lifewater systems. The AYA team, led by Pastor Baluku, was very helpful throughout the distribution. They took part in registration and the training of beneficiaries.

After the training, the Lifewater team shared a meal and carried out evaluation of the day’s activities. AYA Members were tasked with the role of carrying out spot-check monitoring after 1 week to ensure that all the beneficiaries have been able to set up the Lifewater systems and have then running well.

Pastor Baluku extended his sincere gratitude to Lifewater and the Aall Foundation for the help given to his village. He noted that there has been a great improvement in the health and standards of living of the local people as they are keeping healthy to fend for their families.

He however informed us that the schools that had in the past benefited from Lifewater have, over time, had an increase in enrolment of pupils. This has made the available Lifewater systems unable to filter enough water for the school pupils, especially during the dry spells. This has left some of the children exposed to unsafe water leading some to suffer from avoidable diseases. A request for more systems was made to rectify this situation.

The Local Council Chairperson also committed himself to helping monitor the Lifewater systems while on his other duties because they were a solution to the unsafe water in the area. 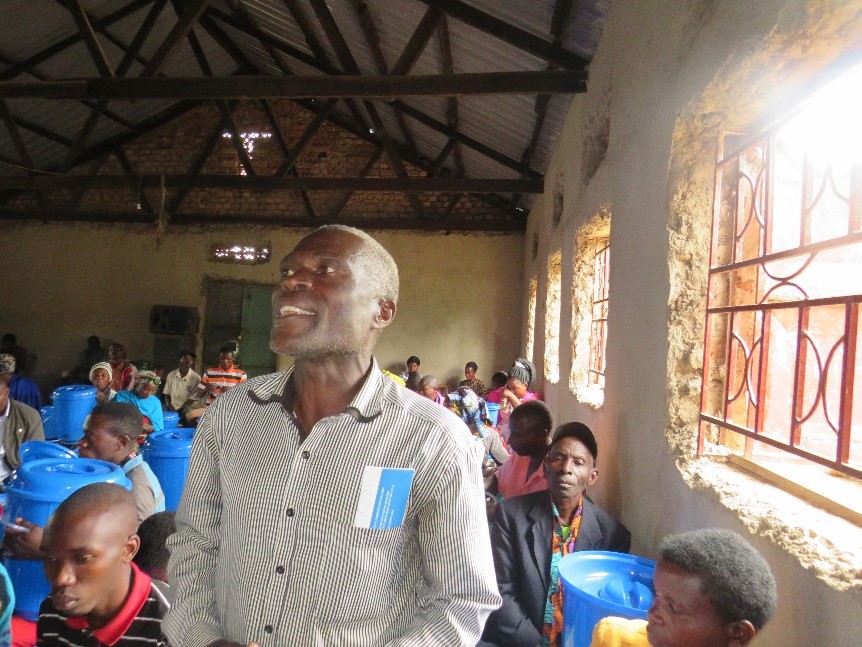